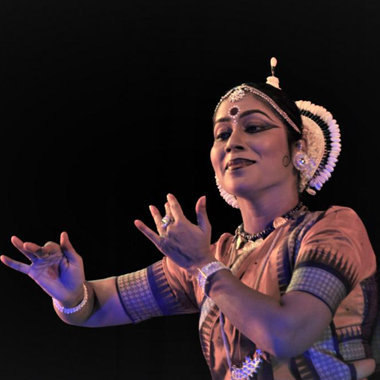 A child cine artist, an accomplished Odissi classical dancer, an author and an HR professional, Leesa is a multifaceted personality with a strong inclination towards Indian culture and tradition. Leesa quit working in the corporate world after nearly 10 years to establish Nirguna Centre for Excellence to promote Indian culture through dance and music in Mumbai in 2008. A fellowship (Junior) from HRD Ministry, GOI in Odissi and her innovative approach to dance training prompted her to author the book, “Dancing is Fun”. The Centre for Excellence grew in popularity and she was globetrotting conducting workshops. However, an accident forced her to change directions in life and made her foray into designing and promoting handlooms. Thus, Nirguna was born in 2014. The “Rural Manager” inside her found solace in handlooms and handicrafts. Nirguna includes “promotion of Rural Livelihoods” under its mission. Leesa grew from being a designer-entrepreneur to social-entrepreneur. Leesa lives in Mumbai with her husband and teenager son. 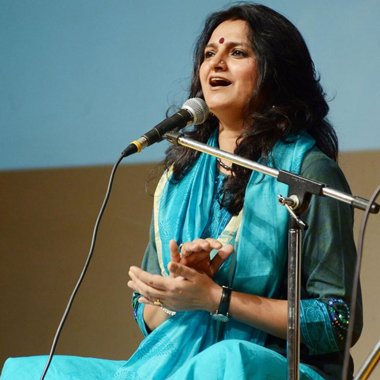 Radhika’s journey into Sufi music began with Punjabi Sufi mystic Bulleh Shah’s kalaam. It captured her heart and she has gone on to sing Sufi kalaam at the Mumbai Kabir Festival, Malwa Kabir Yatra, Kala Ghoda - Make in India Festival, World Sacred Spirit Festival at Nagaur, Samarpan festival by Bhubaneswar Music Circle and the Rajasthan Kabir Yatra amongst others.

Radhika is an Akashvani artiste and was awarded the ‘Sur Mani’ by Sur Singar Samsad. In 2013, she won the FM Radio channel ‘Radio City Super Singer’ contest. A Post-Graduate from XLRI, Jamshedpur, Radhika worked with Unilever and ANZ Grindlays before moving on to pursue her spiritual journey into music. 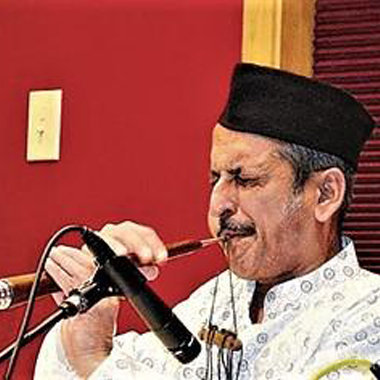 Pandit Shailesh Bhagwat has rendered Shehnai- Recitals at innumerable places in India on various occasions for more than Three Decades to date. Additionally, he has performed in several other countries like UAE, USA and Srilanka.

He is a frequent performer from All India Radio (AIR) MUMBAI and is attached to the Film Industry of Mumbai as a Shehnai Accompanist for Orchestrations.

Pandit Bhagwat has played Jugalbandis with a large number of musicians playing a multitude of instruments like Santoor, Violin, Saxophone, Sitar etc. He has collaborated with several vocalists too. He has a number of commercially available recordings. He is an empaneled artiste of ICCR, and a recipient of Senior National Scholarship from the Government of India. 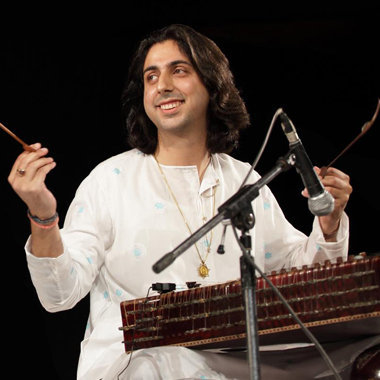 A graduate in Management and Computers with Masters degree in Music, Abhay was born in the fabled Sufiana Gharana of Kashmir that has roots over nine generations and spans over 300 years. Abhay learnt music under the traditional Guru-Shishya Parampara from his grandfather Pandit Shamboo Nath Sopori, the great Master musician hailed as the ‘Father of Music’ in Jammu and Kashmir, and from his father Pandit Bhajan Sopori, the legendary Santoor virtuoso and music composer.

Abhay has had the honour of being the only contemporary composer of India whose composition “Haftrang”, a tribute to Kashmir, was conducted by the legendary music maestro Mr. Zubin Mehta along with compositions by classical legends like Beethoven, Haydn and Tchaikovsky. The composition was performed by the Bavarian State Orchestra from Munich, Germany together with Abhay’s Kashmiri ensemble. Abhay also had the honour to share the stage and conduct along with the legendary maestro Mr. Zubin Mehta.

Abhay has worked in Bollywood scoring music for several movies including “Shikara”.