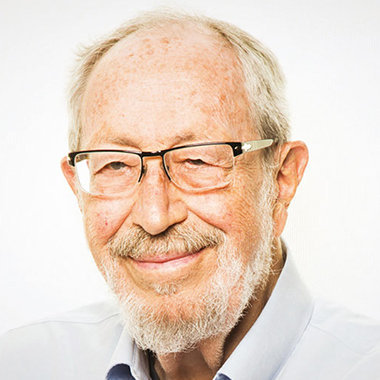 He is one of the original scholar-practitioners in the fields of organizational psychology and organizational development and he may be best known for first expanding our understanding of organizational culture. His consulting and coaching have transformed leadership theory and practice since the 1970s. Ed was educated at University of Chicago, Stanford University, and received his PhD in Social Psychology at Harvard University.

Helping (2009), a book on the general theory and practice of giving and receiving help

Humble Inquiry 1st Edition (2013) explores why helping is so difficult in western culture, and which won the 2013 business book of the year award from the Dept. of Leadership of the University of San Diego.

Humble Consulting (2016) which revises the whole model of how to consult and coach. 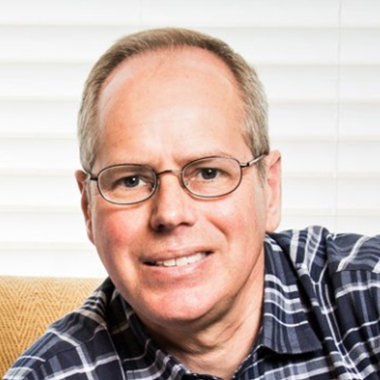 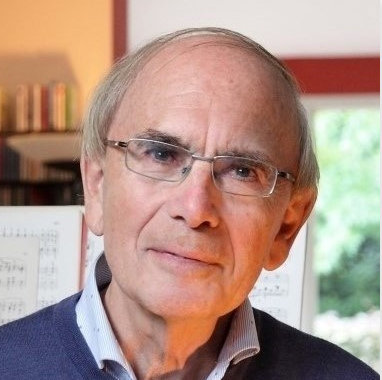 His dissertation “Motivation and achievement” (1967) resulted in the construction of several psychological tests for measuring achievement motivation and fear of failure. As a reaction to the static and impersonal nature of psychological tests, he developed a Self-Confrontation Method (SCM), published in the book Self-Narratives by Guilford Press (1995). In the nineties of the last century he developed, together with colleagues, the Dialogical Self Theory, inspired by the American pragmatism of William James and the dialogical school of the Russian literary scholar Mikhail Bakhtin.

He is Honorary Associate of the Taos Institute (2012) and was elected as international member of the Royal Flemish Academy of Belgium for Sciences and the Arts (2018). He is honorary president of International Society for Dialogical Science and first author of over 200 articles, books, and book chapters. 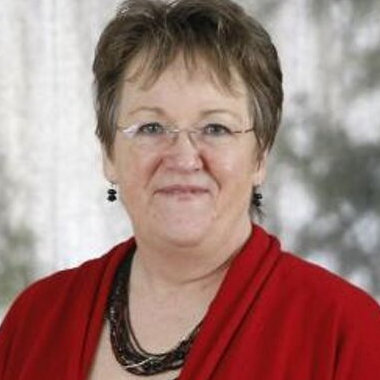 Glenda Eoyang thrives at the edges: Between theory and practice, between order and chaos, between past and future. Since 1986 she has drawn lessons from complexity science to help people thrive in turbulent and uncertain environments. Today, more than ever, her work offers insight, options for action, and well-being for people around the world.

As the founding executive director of the Human Systems Dynamics Institute, Glenda leads a global community of over 800 scholar practitioners. They work across sectors to build adaptive capacity for individuals, teams, institutions, and communities. For more information about Glenda and her work with HSD, visit: www.hsdinstute.org 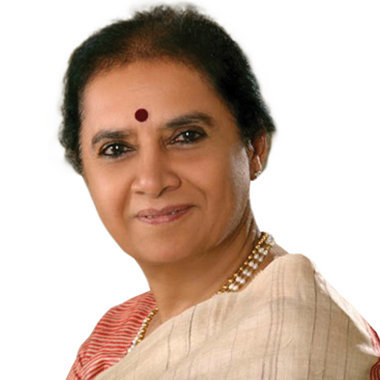 Prof. Indira J. Parikh is the President of Antardisha (Directions from Within). Antardisha is a private entity creating a space for individuals, collectivities, organizations and institutions to have a dialogue to discover themselves, to review their past, to reflect on the present ‘Here and Now’ and renew themselves for the future.

She has been involved in creating the academic vision of holistic and Liberal Education and shaping FLAME. She has also conceptualized the models of management development programs anchored in thresholds of Life, Life Space and Workspace, Life Roles and Identity. Her focus is on transformation and lifelong learning, development and growth.

She has been a consultant and conducted diagnostic studies for organizations. She has designed and conducted leadership and institution building programs in public sector, private sector and multinational organizations. Prof. Parikh is on several boards of companies as an independent director. 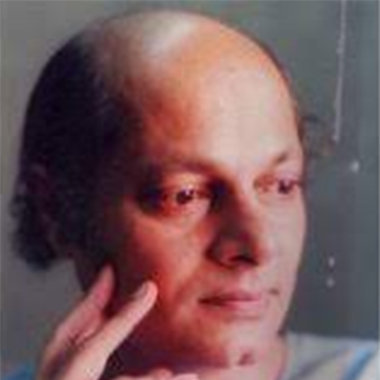 He did his MBA from Wharton School, and Ph.D. in Industrial Administration and Organization Theory from Carnegie-Mellon University, the U.S. He taught at Faculty of Management, McGill University in Montreal, Canada, and returned to India in 1975 to join Indian Institute of Management Ahmedabad as faculty. At IIMA he held the L&T Chair in Organizational Behaviour and later served as its Director.

He has authored twenty professional books and around 100 papers and articles in Indian and foreign journals.

For his work he has received four lifetime achievement awards. 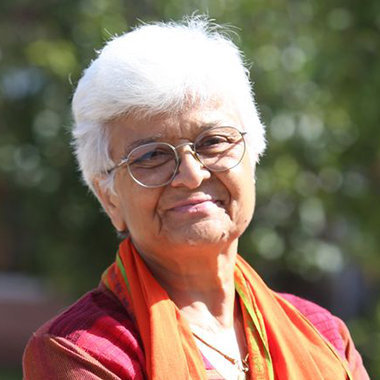 Kamla Bhasin is deeply engaged with issues related to gender, patriarchy, men and masculinities, feminisms, sustainable livelihoods, peace, identity politics, militarization, human rights and democracy and seeks to explore and articulate connections between these issues and to promote synergies between different movements. Her main work has been at the South Asian level and has included capacity building of South Asian and other young activists, networking amongst civil society organizations in South Asia and elsewhere and organizing campaigns on different issues. She has also been conducting gender sensitization workshops for senior leaders and managers of non-governmental organizations, government officials, police personnel, and members of Parliament in various countries in South Asia.

She has also worked with the Food and Agriculture Organization of the United Nations for 27 years. 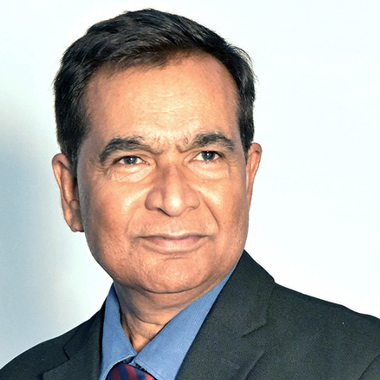 Martin Macwan, 62 has been engaged since 1980 with communities to help them achieve life free of untouchability and caste violence by committing to the value of equality. He writes books for children focusing on equality. He was awarded the Robert F. Kennedy Human Rights Award in 2000. The Human Rights Watch named him one of five "Outstanding Human Rights Defenders" in the same year. 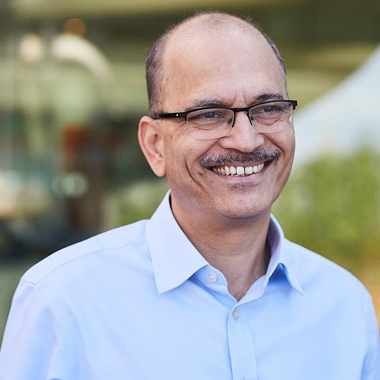 Nitin was appointed as Chief Operating Officer on 1 May 2019 and has been a member of the Unilever Leadership Executive since October 2013. Nitin focuses on leveraging synergies, building future capabilities, and accelerating the digitisation of the organisation.

Nitin joined Unilever at Hindustan Lever Limited (India) in 1987 where he held various roles in marketing and sales. In 2000, he moved to Unilever London and was involved in a review of the organisation structure. During 2001, he worked as Executive Assistant to the Chairman and Unilever Executive Committee.

Nitin holds a Bachelor’s degree in Mechanical Engineering and an MBA in Marketing from Jamnalal Bajaj Institute of Management Studies (JBIM), in Mumbai, India.

For his efforts in blazing a trail for diversity, he won the GG2 Hammer Award in 2019. Previous winners were Mayor of London, Sadiq Khan and Chancellor of the Exchequer, Sajid Javid. 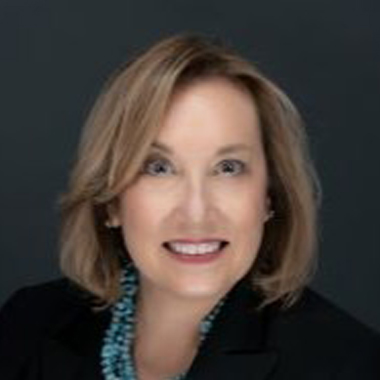 Dr. Church is the author of Love-Based Leadership: Transform Your Life with Meaning and Abundance, the upcoming book A Course in Excellence: 21 Spiritual Lessons on Leadership, Love, and Miracles, and co-author of best-selling book, Answering the Call, has started a movement to revolutionize the workplace with a shift from fear to love.

She has been featured on radio shows, television interviews, and in magazines. Maria writes a weekly newspaper column on leadership and hosts an online leadership series, Dr. Maria TV. Splitting her time between Scottsdale and the canyons of Southern Arizona, Maria continues to work with high-performing organizations and is working on her next book.